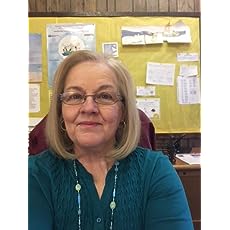 I have a new book that will be released October 17. The Final Flashpoint is book six in the Blue Cove Mystery Series. I never intended to write a series when I wrote The Harvest Club, but I enjoyed my characters, and they seemed to hang around waiting for me to write another story. Their story. They’ve become a part of me, occupying a bit of the real estate in mind, and I am still here six books later.

Those who read my books like the characters too. As a matter of fact, I’ve had people come up to me at various events and tell me not kill off the heroine or hero, Jessie and Matt or they will be mad. I have no intention of killing them. I would rather let them ride off into the sunset. I am that attached to them.

I hope you’ll pick up a copy of The Final Flashpoint it should be on Amazon for pre-orders soon. I’m excited about this book and loved it from the first scene to the last. I may say this a lot, but this one is my favorites. At least  right now it is.

Jessie rolled onto her side and drifted off to sleep. A swirling mist drew her to the edge of the woods. She couldn’t see anything through the dense fog, only a narrow pathway twisting around the trees. Enticing, the foggy haze seduced her to move one step closer. Jessie paused. She didn’t want to go in alone. Panicking, she started to turn back before it was too late.

“Jess,” Matt’s faint voice called out to her. He sounded wheezy and breathless, and she could hear the pain in his voice. Where was he? She glanced around, hoping to see his familiar face.

“Jess…” The call came again. She shivered. Matt was in the darkness, and death had come to play. The faces of those tortured young men danced in the mist before her. Her feet refused to move. She was paralyzed with fear. The silence around her was deafening. “

Jess,” he screamed out her name once more, trusting her to aid him. Tears filled her eyes, spilling down her cheeks. This time there was no way she could help…